Surviving the Ups and Downs of the Teenage Life with Aromatherapy 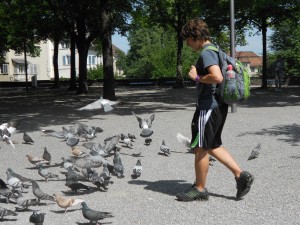 Being a teenager is tough.  Between dating, driving, and the pressures of school, today’s teenagers have a lot on their minds!  When you throw in all of the physical changes they’re going through — like growth spurts, acne, and the fact that the teenage brain isn’t even fully-developed yet — it’s a lot to deal with! If you’re looking for a way to help your teenager handle all of it in stride,  look no further than aromatherapy. I know just how effective aromatherapy can be in a teenager’s life.  I’ve got a 15 year-old son who sees all kinds of benefits from it! Of course, Juan-Martin is a lot more stubborn about trying new essential oils than he was a few years ago.  But, that’s to be expected.  After all, teenagers know everything — just ask them. Teenage stubbornness aside, even Juan Martin can’t ignore the perks he gets from aromatherapy.  Here’s how your teen can benefit, too:

If your teenager can’t seem to stay healthy:

My son always gets a cold a couple of weeks after school starts.  You can practically set your watch by it!  No matter how many Vitamins and Probiotics he loads up on to try to prevent it, it always shows up. Here’s what I do to make sure he’s all better in less than a week: –          When he gets in the shower, I give him a washcloth that’s got five drops of Eucalyptus essential oil on it.  I tell him to put the washcloth on his chest, allow the heat of the shower to release the vapors, take a few deep breaths, and relax.  Then, when his shower is over, I tell him to use that same washcloth to rub his body — especially on his arms and legs — with all of the motion going towards his heart.  That helps his circulation and lymph movement and gives his immune system a boost. –          Before he goes to bed, I grab a vaporizer, put 10 drops of Immune Support Essential Oil in it, and put it in his room. Immune Support Oil has Tea Tree, Ravensara, Niaouli, Lavender and Pine essential oils.

If your teenager can use a brain boost:

Aromatherapy can do a whole lot more for teenagers than just help them heal.  In fact, Juan-Martin uses it to help stay focused! After all, look at what teenagers have to distract them these days — everything from smartphones, to text messages, to video games.  It’s a wonder any of them can focus long enough to get good grades! So, when it comes time for Juan Martin to study, I give him a paper towel with two drops of Memoria Essential Oil Blend on it.  Because he’s stubborn and won’t always take the time to sniff it in while he works, I double-team him with an aromatherapy burner that’s got three drops of the same aromatherapy blend in it.  He likes the scent, so he doesn’t complain. On test days, I send him to school with another Memoria paper towel.  I tell him to sniff it while he’s taking his test, but, of course, he doesn’t!  (After all, “that’s awkward, Mom!”)  Instead, I settle for having him sniff it during breakfast. Memoria blend is made of Peppermint, Rosemary, Cardamom and Spearmint essential oils. Why am I so insistent about this? Our olfactory memory is much stronger than our visual or audio memories are.  By smelling the same scent during the test (or right before) as when he was studying, it’s like flipping a switch — he’ll be able to remember what he was studying the last time he smelled it!

If you’d like to strengthen your relationship with your teenager:

Aromatherapy has been a great way for my son and I to connect emotionally.  You know how it is when you try to talk to teenagers… “How was school?” “Fine.” “Do you have a lot of homework?” “Kinda.” “Do you have any plans for the weekend?” “Sorta.” That’s why, at least once a week, I’ll sit down with Juan-Martin while he’s watching TV.  Since he still loves the foot massages I gave him as a little kid, he’ll let me rub his feet.  In order to make the most out it, I use a blend of Lavender, Marjoram, Mandarin, and Palo Santo — calming oils that will help him sleep better.  When you combine them with Mom’s soothing massage, it’s the perfect way to release pain, anger, joy, and any other emotions that never come out during our normal conversations! During our foot massages, I learn all about his current challenges and the good things he has experienced recently.  It’s a great emotional health boost for both of us!

If your teenager is battling physical pain:

Aromatherapy can help more than your teenager’s emotional pain.  It can also help him fight through physical pain. If you’re the parent of a teenage athlete (Juan Martin loves tennis!), you know how much muscle tension can pop up.  Sometimes, Juan-Martin crashes down on my bed and asks for help! In order to give him some much-needed relief, I massage his legs, calves, and back with my Pain Begone Body Oil, made of  Birch, Lavender, and Peppermint.  It helps soothe his muscles, and it gives me another chance to show him just how much I love him! Even though they may “know it all”, a teenager’s life can be awfully tough sometimes.  If you want to make things a little bit easier, you can’t go wrong with aromatherapy.  Your teenager may not always thank you for it, but it’s a great way to give him some support! © 2012, CRISTINA PROANO-CARRION, AROMANDINA LLC THIS INFORMATION IS BASED ON TRADITIONAL USE OF AROMATHERAPY AND IT DOES NOT INTEND TO DIAGNOSE OR TREAT ANY CONDITION. THIS INFORMATION SHOULD NOT BE USED AS A SUBSTITUTE FOR MEDICAL COUNSELING WITH A HEALTH CARE PROFESSIONAL. NO PART OF THIS ARTICLE MAY BE REPRODUCED IN WHOLE OR IN PART WITHOUT THE EXPLICIT WRITTEN PERMISSION OF AROMANDINA.
Share: 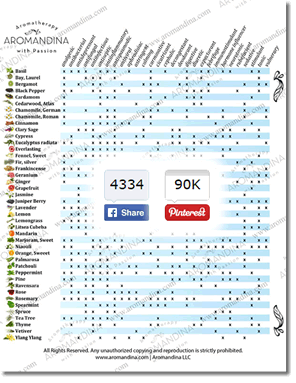 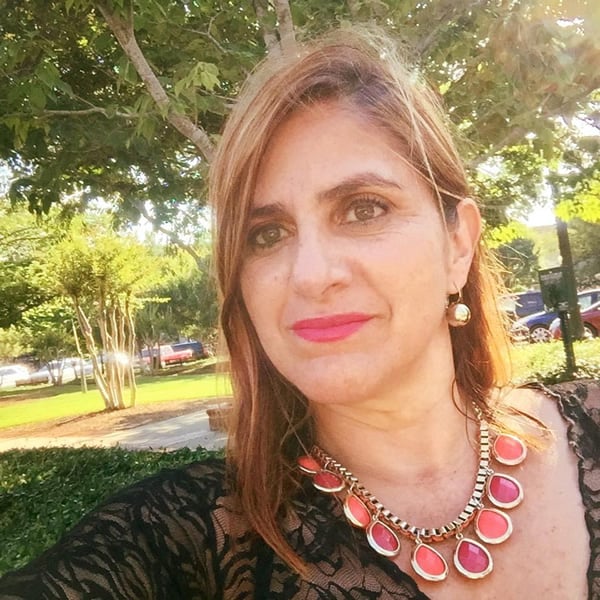 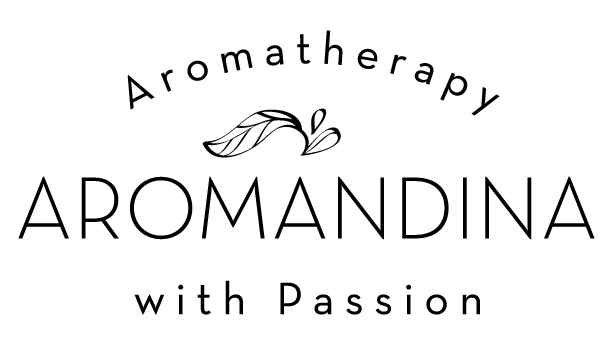 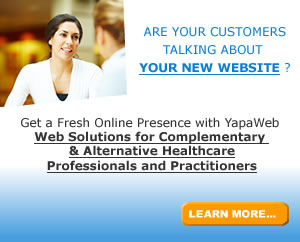